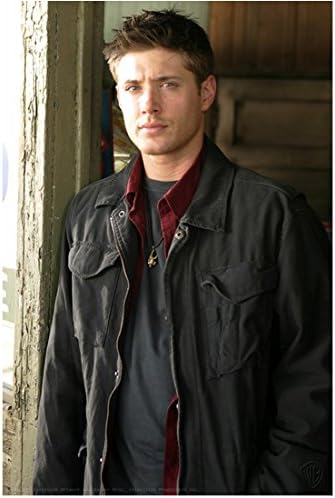 Dean Winchester was born on January 24th in Lawrence, Kansas to John and Mary Winchester. He was the first of two children. A few years later his younger brother, Samuel Winchester was born on May 2nd. For the first four years of his life he lived a pretty normal and happy life. Yet six months after Sam was born a yellow-eyed demon visited the Winchester home and went to Sam's nursery to feed him demon blood. Dean had been fast asleep that night not realizing his mother had discovered the demon in Sam's room. The few moments he remembers was waking up and hearing his father scream. Dean rushed to the nursery only to see fire all over the ceiling and his father handing him Sam and telling him to get out the house fast. Dean lost everything in that horrible night... his mother, his home, and his childhood.

John packed up and left Lawrence, Kansas with the two young brothers just before Dean turned five years old. John was on a journey for revenge against the yellow-eyed demon who killed Mary even if it took away both his son's childhoods. When Dean was around seven years old, John took him shooting for the first time out in a vacant lot to shoot at bottles.

As Dean got a little older and their father left Sam and himself at the motels they frequented he would sneak out. It was when he snuck out while his father was on a hunt for a Shtriga in Wisconsin one day that after Dean had gotten bored and snuck out he came back to find the Shtriga feeding on his younger brother, Sam. Luckily their father had come just in time to scare the monster off but this would haunt Dean as a prominent moment that he failed to protect his younger brother.

When Dean was 12 and Sam was 8 years old, Dean was left to babysit Sam while their father when out on a hunt. Sam nagged and begged Dean to tell him the truth of what their father really did due to his suspicions. As they argued Dean got upset and left the motel room for a few minutes and when he came back Sam revealed that he'd read their dad's journal and already knew the truth. Dean then decided that if Sam already knew about the journal that it was finally time to teach him everything he already knew because that was the safest option to keep him safe.

Once Dean was in his early teenage years he'd gambled away all the food money he had for himself and Sam so he decided to steal from a local shop to get some food. Dean was caught and as a result he was sentence to do some time at a Boy's Home, a local reform school. There Dean met a man named Sonny who was an ex-con. Sonny bonded with Dean and Dean decided to try and turn his life around and started to flourish in the home. Dean was doing well in school for the first time and met a girl named Robin who became Dean's first love interest. On the night that Dean was suppose to take Robin to a school dance John showed up to pick up Dean. Sonny offered Dean a chance to stay at the Boy's Home and have a normal life but Dean couldn't bring himself to abandon Sam.

Dean never graduated high school but ended up receiving his GED. A few years later once Sam graduated high school it was then that he distanced himself from Dean and John by heading off to Stanford. During the time that Sam started college Dean met another girl named Cassie Robinson while he was in Ohio with his dad on a hunt. Dean and Cassie dated for a couple months and Dean even revealed the family hunting business with her but she rejected it and dumped Dean. Dean when off on his own for awhile after the breakup.

Returning From the Road