Hey everyone, my characters could both do with some connections! While I would like to stick to some of the basic plot and general dynamics listed below I am open to suggestions on changes you'd like to make if you're interested in the character. 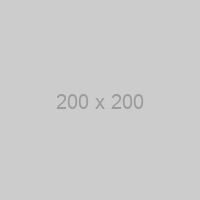 Meet Jessica the insightful and witty girlfriend of Sam Winchester and Tyson Brady. Jessica is a senior at Stanford University who majors in Biology and hopes to become a nurse one day. Jessica is currently in the dark about all things Supernatural, but I am very keen to explore her reaction when she learns of the lies Sam (and Brady) have told her. While she may have died during the Pilot of the show that doesn't mean she can't stick around this time. Her playby is Zendaya Coleman.
Meet Brady the charismatic boyfriend of Sam Winchester and Jessica Moore. On the surface Brady appears to be an ambitious and charming gentleman utterly devoted to his lovers, but in truth he is possessed by a demon who was sent to keep an eye on Sam by Azazel. I am really keen for someone to take him so we can play out the dramatic reveal and its consequences. I am really open in terms of whether Brady should be conflicted as he's grown to genuinely care for Sam or Jess or even the opposite where he utterly detests them and can't wait to be free of the mask. His playby is Gavin Leatherwood
Meet Maya, she is the "daughter" of my demon Pytho who has been possessing her father for the last four years. Maya is one of Azazel's psychic kids who has a power of your choice. While I don't have anything definite in mind I've always imagined while her ability isn't groundbreaking it's powerful enough for Pytho to see her as having great potential. Maya is twenty two years old and works as a waitress or some similar occupation. She is pretty open in terms of general personality and model etc.